The Breakers - More Than a Century of History

The Breakers’ celebrated history is a tribute to its founder, Henry Morrison Flagler, the man who transformed South Florida into a vacation destination for millions. Now into its second century, the resort not only enjoys national and international acclaim, but it continues to thrive under the ownership of Flagler’s heirs.

When Henry Morrison Flagler first visited Florida in March 1878, he had accumulated a vast fortune with the Standard Oil Company (today Exxon Mobil) in Cleveland and New York as a longtime partner of John D. Rockefeller. In 1882, with the founding of the Standard Oil Trust, the then 52-year-old was earning and able to depend on an annual income of several millions from dividends. Impressed by Florida’s mild winter climate, Flagler decided to gradually withdraw from the company's day-to-day operations and turn his vision towards Florida and his new role of resort and railroad developer.

In 1885, Flagler acquired a site and began the construction of his first hotel in St. Augustine, Florida. Ever the entrepreneur, he continued to build south towards Palm Beach, buying and building Florida railroads and rapidly extending lines down the state's east coast. As the Florida East Coast Railroad opened the region to development and tourism, Flagler continued to acquire or construct resort hotels along the route.

In 1893, Flagler announced one of his boldest plans – to extend the Florida East Coast Railroad to the isolated area of Lake Worth and construct the Royal Poinciana Hotel on the lake’s eastern shore.

Touting warmer weather and easy access, it is as if at his command, the cream of American society crowded into this tiny town to experience the Royal Poinciana, his six-story, 1,100 room, Georgian-style hotel.

From its opening in 1894, the Royal Poinciana eventually became the world's largest hotel, stretching more than 1,800 feet along Lake Worth. The hallways were so extensive – more than three miles in length – that bellhops delivered messages and packages to guest rooms via bicycle.

Delighted that many of America's most socially prominent families shared his love for Palm Beach, Flagler built a second hotel - Palm Beach Inn - on the beachfront portion of the Royal Poinciana's property.

The Palm Beach Inn, which opened on January 16, 1896, was fully booked for most of that first season. The hotel was smaller and quieter than the vast Royal Poinciana and overlooked the Atlantic Ocean. Instead of asking for rooms at the main hotel, many regular Palm Beach guests asked for rooms “down by the breakers.” The name stuck and when Flagler doubled the size of the Palm Beach Inn for the 1901 season, he renamed the hotel The Breakers.

On June 9, 1903, as workers were enlarging the wooden building for the fourth time in less than a decade, The Breakers burned down. Just two weeks after the fire, the 73-year-old Flagler announced that The Breakers would not only be rebuilt, but it would also open for the upcoming winter season.

As did its predecessor's, The Breakers guest register read like a “who's who” of early-20th century America and included: various Rockefellers, Vanderbilts, and Astors; the tycoons Andrew Carnegie and J.P. Morgan; the publisher William Randolph Hearst; the five-and-dime kings W.T. Grant and J.C. Penney; and even assorted European nobility and U.S. presidents.

On March 18, 1925, twelve years after the death of Henry Morrison Flagler, tragedy struck again. That afternoon, the cry “fire in the south wing” suddenly filled The Breakers. Despite the firefighters' best efforts, the hotel was doomed. With strong southeast winds, the palatial hotel was soon engulfed in flames. Fortunately, no lives were lost in the blaze, a miracle considering the number of guests and employees. Mayor “Big Bill” Thompson, then the Mayor of Chicago, was a guest at the hotel with his wife for the season. Attending the St. Patrick’s Day Ball the night before, Mrs. Thompson allegedly left her brand new, electric Marcel curling iron on when she departed her guest room, where the fire was proven to have started.

Refused to be beaten by this catastrophe and fueled with the same determination and vision as Flagler himself, Flagler’s heirs, led by William R. Kenan, Jr., president of the Florida East Coast Hotel Company and the Florida East Coast Railway Company, and the brother of Flagler’s wife, Mary Lily Kenan Flagler, announced that it would not only build the world's finest resort hotel on the site of The Breakers, but it would do so in time for the opening of the 1926-27 winter season, a little more than a year away.

The Breakers That Stands Today – Circa 1926

The Florida East Coast Hotel Company selected the architectural firm Schultze and Weaver, which later designed the Waldorf-Astoria, Pierre, and Sherry Netherlands hotels in New York City, to rebuild The Breakers. During an earlier trip to Rome, Leonard Schultze had admired the Villa Medici (1575) and decided to use this building, Italian Renaissance in design, as the architectural inspiration for The Breakers facade.

On December 4, 1925, the New York City-based Turner Construction Company signed a contract to build the new seven-story Breakers. Construction began in January 1926. More than 1,200 construction workers labored around-the-clock, while 72 artisans from Italy completed the magnificent paintings on the lobby ceilings. The immense structure was completed for $7 million in a scant 11½ months and opened on December 29, 1926, just in time for the start of the Palm Beach season.

Far grander than its predecessor, The Breakers was more than America's greatest winter resort, it was an unrivaled masterpiece. The Architectural Forum praised The Breakers “without doubt one of the most magnificent, successful examples of a palatial winter resort hotel,” (May 1927). The president of Turner Construction Company reported soon after the opening, “Those who know, say it is the finest resort hotel in America, and it is not likely that the circumstances of ownership, time, and place will produce its counterpart in years to come.”

Now into its second century, The Breakers continues the tradition of excellence started by Henry Morrison Flagler. Today it remains one of the few, privately-owned resorts independent of chain affiliation. The heirs to the original ownership have successfully maintained and revitalized the hotel, keeping with the Flagler tradition and spending millions on renewal and expansion. With their commitment, capital expenditures averaging $25 million a year continue to be reinvested, ensuring The Breakers remains energized and alluring to future generations. 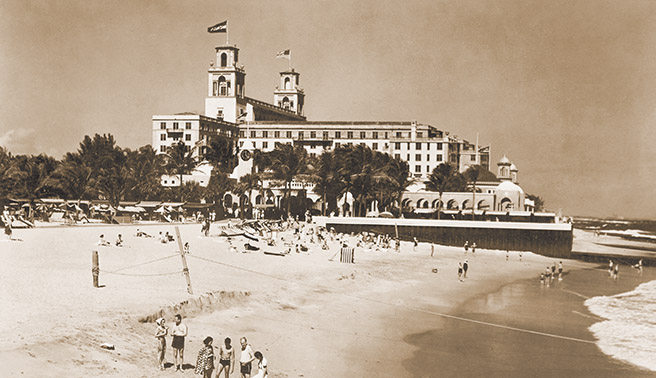 HISTORIC TIMELINE OF THE BREAKERS

Thanks to our long-standing family ownership, The Breakers continues to reinvest an average of $25 million in annual capital improvements and ongoing revitalization. More to come… 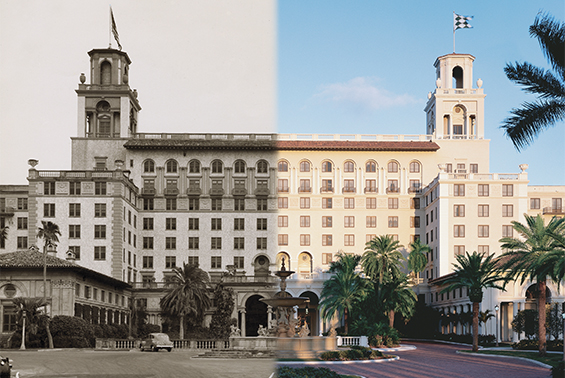 Peek inside our history with two special videos: